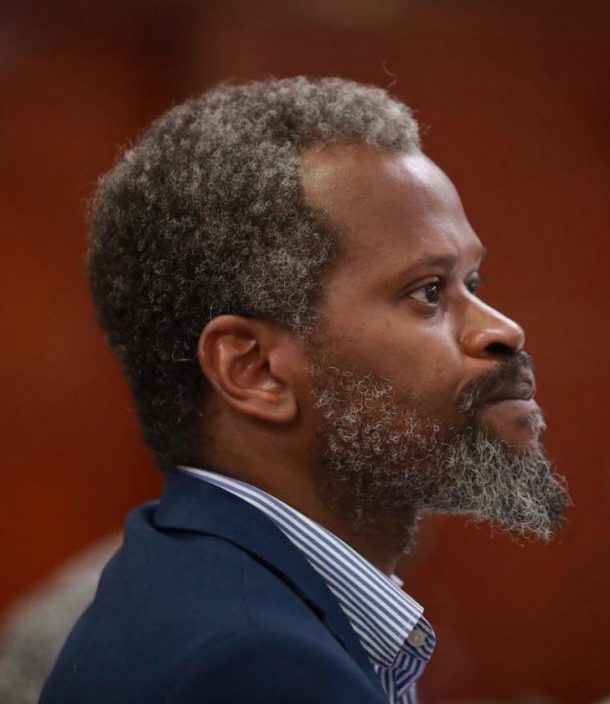 An interview with John Kamara, Director for Global Gaming Africa, on how Africa has embraced Blockchain technology, by Katy Micallef

What kind of solutions can blockchain technology offer the continent? Is Africa on the road to becoming a blockchain hub?

Africa is rising and technology is at the forefront of our growth as a continent. We have seen the explosion of the mobile space in the continent and how it has allowed a number of services and solutions to become easier. Blockchain is about to help solve a number of issues we are currently facing in the public and private sector. Pockets of blockchain innovation are fast springing up in innovation hubs across Africa, as the public and private sector alike seek effective new systems of record with trust embedded.

With Kenya, Nigeria, Uganda and South Africa among the countries taking the lead in blockchain experimentation, the financial sector looks set to be the continent’s earliest big adopter. However, development and trials are also underway to apply blockchain technology to virtually every industry sector – from health and social development to retail and agriculture. Governments are exploring ways of using blockchain to aid corruption across multiple verticals and also to push value to service sectors.

Other countries like Kenya and Nigeria have either setup a blockchain committee or advisory programs to explore the opportunity. Some of the happenings in the private sector around blockchain education are also key to use case of the technology, i.e IBM research on blockchain and movement of trade in Africa.  ITEX, a payment solution company servicing multiple POS solutions and software for banks across Africa is exploring blockchain for security and trust.

From my perspective Africa is looking at blockchain as a solution to solve some of the multiple problems we have, as we pioneer digital payment technologies in Africa as well.

As we move into the African future in technology blockchain represents a perfect decentralized and incorruptible ‘truth engine’ that cannot be hacked growth for payment, SME trade and a number of identity management and transactional problems we have in Africa.

Nairobi and South Africa have implemented crypto-friendly laws and Kenya’s president Uhuru Kenyatta has launched a blockchain and artificial intelligence task force. Do you think other African countries will follow suit?

Yes, more countries will follow and create other types of structures that will work for their economy based on their market need.

Some momentum has been gathered around the use of blockchain in Africa so far and throughout 2018. But what could be unusual is the role that governments and public sector organisations could play in raising its profile further. Typically, the development and application of emerging technologies is championed by the private sector before the public sector tends to take notice. Given that the potential use cases for blockchain align so closely with many public services, this is a technology where the public sector cannot afford to be sat in the passenger seat.

For example the Blockchain Association of Uganda was established earlier this year to create a credible vehicle for driving standards for blockchain across industries in Uganda. The membership organisation also aims to make blockchain-related resources available to government and public-sector consumers.

We also see the evolution of the Blockchain centre for excellence positioned to provide education and train young developers on blockchain and how to build solutions that can solve African problems.

Do you foresee any difficulties with the implementation of blockchain systems? There are some concerns about the risk of crypto asset crime, including tax evasion and money laundering.

Bitcoin’s wild skyrocket last year may well have turned the world’s interest  on to cryptocurrencies, but in Africa we “still have a long way to go” before they will be considered legal tender, and as such are not of major interest. Governments are still struggling with how to manage crypto space and this is affecting the conversation around blockchain. Any decision to buy into a new cryptocurrency would be guided by the same criteria as other investment decisions, with a focus on avoiding the “cloud” created by the crypto buzz.

African Cryptocurrency exchanges – allowing people to trade various digital currencies against African currencies – may present a more valuable prospect in the short term, but overall, he leans away from the crypto proposition in favour of blockchain solutions. These, he says, will be far more attractive investment opportunities:  It will not be as straight forward as it may sound.

A lot of African banks and government run when they hear the word crypto because of the effect they feel it will have on the economy and also loss of control. Issues around tax evasion are real and have to be discussed with clarity for us to find a way forward.

What potential does this have to revolutionize the lives of the unbanked, does it represent an opportunity to democratize the economy?

On the private sector side it is a huge opportunity for the fintech and private sector space. Also, the drive for financial inclusion is one that bodes well for the crypto space in Africa.  We can already see a number of exchanges setting up in Africa to take advantage of this growing opportunity.

Just as Africa skipped the early fixed-line telecommunication phases of the 20th century and moved straight on to mobile phone usage, could new blockchain tech provide it with a similar opportunity to bypass inefficient systems and leap into the future?

Yes, 1000% – blockchain is going to revolutionize the way we look at tech and solutions going forward in Africa.  And blockchain on mobile is the next frontier.

There is certainly a lot of buzz around blockchain tech and its potential to bring about change in Africa. In your opinion, is this sense of optimism realistic or are we jumping the gun a bit?

It is optimistic but needs guidance and clarity. It’s also a huge educational opportunity for various private sector companies to create a whole new revenue and income stream. Africa is the land of milk and honey at the moment and blockchain is another form of milk that is going to become huge. Some interesting things happening in blockchain in Africa:

ITEX, one of the top payment solutions in Africa and specifically, Nigeria (over 14 years old), has exposure in over 23 countries throughout Africa and is currently working on an integrated Pan-African settlement platform on the blockchain.

Paxful has announced plans to establish a blockchain incubator hub in Lagos, Nigeria, as well as to run Blockchain and cryptocurrency events in Nigeria, Ghana and Cameroon.

Kenyan startup ‘Nurse in Hand’, has signed a MoU with Apla Tech Company to build a blockchain-based accident and emergency response platform.

Blockchain start-up TariLabs has launched in Johannesburg, South Africa, with the aim of building the open source Tari blockchain protocol. The protocol is being constructed as a platform for the management, trade and use of digital assets, and will be merge-mined with the Monero blockchain.

The South African Reserve Bank (SARB) ran the Project Khokha proof of concept trialling a distributed ledger technology-based wholesale payment system in a ‘real world’ environment. It reported that the typical daily volume of the payments system could be processed in less than two hours with full confidentiality of transactions and settlement.

Jamborow, the Pan African B2B platform for financial inclusion in Africa is also building a blockchain solution to help secure data, transactional information and identity management for her clients in Africa.

These developments prove that the private sector and governments are taking blockchain seriously in the continent. The proof is in the drive of our private companies to explore and deploy funds into blockchain research as well as projects 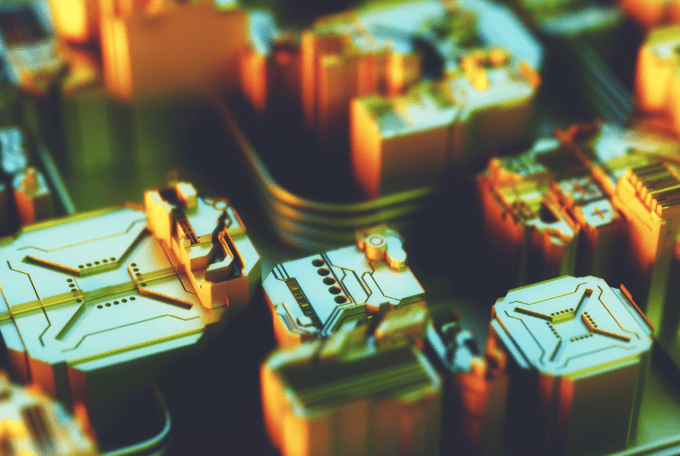 How to buy and sell Bitcoins in Kenya with MPesa 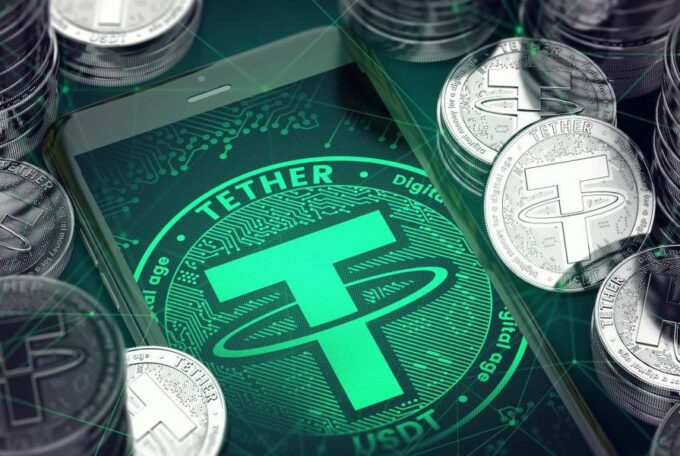 Paxful adds Tether in its Platform to protect users funds 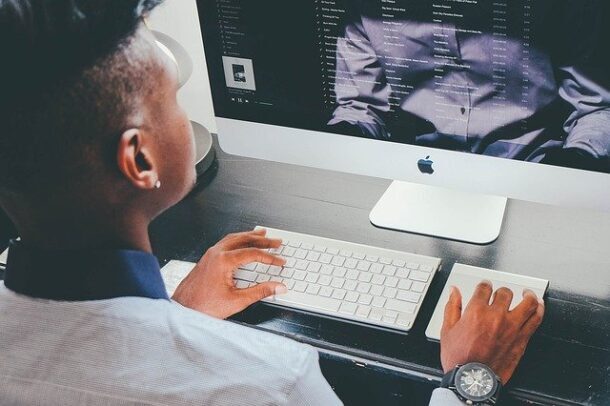 AI-based lab announces acquisition of six startups in its hub