When it comes to video conferencing software, none is more well-known than Zoom for its use in online meetings. Recording your meeting allows you to go back in time and see what happened previously.

It’s also possible to record the meeting and share it with anyone who couldn’t attend in person.

How to record zoom meeting? There are two distinct methods to choose from: To begin, there is a “record” button in the upper right-hand corner of your screen, which you should press.

A sound and video recording will be stored on your computer in mp4 format at that moment, and you may play it back later by pressing this button. The second method is to go into the settings and then choose “Record Meetings” under “Protection and Security.”

How to record screen in Windows 10

Many extra recording options are supported by Windows 10. You may record your screen using either the built-in Game Bar or one of the third-party programs available for download.

To begin, hit the Windows Key + G on your keyboard to bring up the Game Bar on your computer. It comes with a built-in recording button that you can use to record audio by tapping on it with your mouse or to create a hotkey shortcut region.

Windows 10 has a built-in feature that allows you to capture what is happening on your screen. This article will walk you through the most typical method of configuring this element, as well as how to make use of a vast variety of its features after they have been configured.

Open any game and hit the Windows Key + G key combination again to bring up the Game Bar, which has several options for editing and recording displays. To begin screen recording, click on the red circle that reads “Begin Recording.” This will start the recording process.

The “Stop Recording” button is located near the “Begin Recording” button in the game bar and may be accessed by using the Alt + F4 keyboard shortcut. These are the most straightforward instructions for learning how to record screen in Windows 10.

What is iTop Screen Recorder?

In addition to being free, iTop is a screen recorder that is incredibly easy to use and is mostly used on laptops and PCs. It is compatible with Windows 10, Windows 8, Windows 7, and Windows Vista, among other operating systems.

This screen recording tool is capable of capturing whatever appears on the screen with outstanding sound and video quality – with no lags or mistakes.

iTop, on the other hand, supports the receiver. Essentially, this means that not only will you be able to record sound and video with this program, but you will also be able to capture spoken input while your screen is being recorded.

Aside from that, you may energize your pointer when it advances to the screen that is being recorded, which will keep it active while the screen is being captured.

Following your introduction to the iTop Screen Recorder, we will now go over some of the perks associated with utilizing this remarkable software.

Steps to use iTop Screen Recorder

How to record your screen and produce excellent recordings with an iTop free screen recorder is something we should all be familiar with.

Stage 1: Go to recorder.iTopvpn.com to get the free screen recorder online, which you can then install on your computer. Vista, Win7, Win8, Win8.1, and Win10 have all been endorsed without reservation.

Stage 2: Launch iTop Screen Recorder and pick the area you want to capture from the drop-down menu. It will capture all of the activity on your screen. You may choose an express window and capture everything that happens throughout that time period. Alternatively, you may choose any zone you truly want to start with, as you have done before.

Stage 3: Before you begin, launch the program or alter the default settings directly on the computer. Currently, you may start recording by pressing the “REC” button on your keyboard.

Your PC group makes constant improvements to the default settings in order to ensure that you always have the most up-to-date information. If you wish to make changes to things like the execution index, video and sound association, casing rate, hotkeys, or watermark, you may do so by editing the file.

Stage 4: To handle the account interaction, use the keys F9, F10, and F11. To start or stop recording, use the F9 key. To rest or continue, use the F10 key. Using the shortcut key F11, you may capture screenshots while recording, which may be the most useful feature because the iTop team was able to overcome unique snags between the video and sound record and the screenshot at the same time.

Stage 5: Go back over your video and make any necessary changes. If you truly want to chop off a few sections of the main film, just choose the changed picture from the video list and click on it.

By that time, you should be able to move the progress bar to save the sections that you truly want to save.

How To Withdraw Money From PayPal To MPESA Account 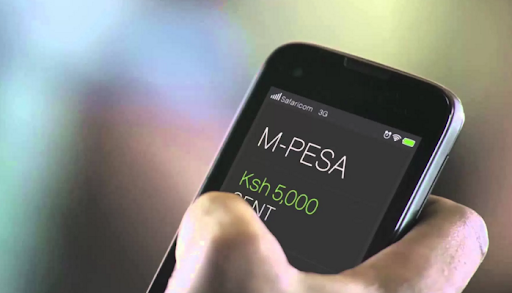 How To Reverse A Wrong M-Pesa Transaction

10 Ways On How To Make Money Online In Kenya