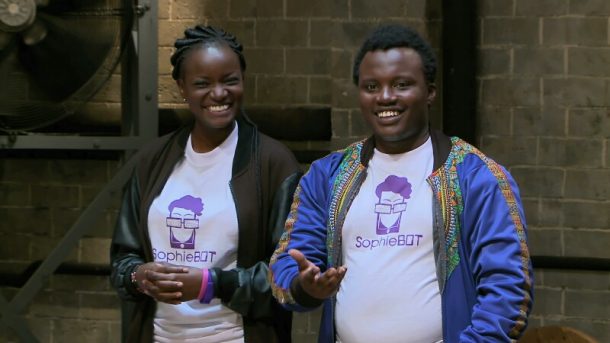 SophieBot is transforming the way patients in healthcare receive information based on algorithms (machine learning) execute their bigger mandate in breaking societal barriers on judgement and stigma.

Chatbots have the strange ability to imitate people and more recently – customer service assistants, and they do so effectively by connecting clients or actual people to answering to the call of their needs whenever necessary.

Chatbots, which are powered by AI, are becoming a more common customer service channel. They are getting better at delivering personal customer service, making it harder to distinguish if someone is communicating with a person or a computer.

While Chabot’s have helped millions of businesses improve their customer experience, today they have found a new reason to exist through helping people who suffer from health-related issues to finding the right medical support they need.

In the healthcare field, there’s a huge market demand for developing Chatbots applications for patients and clinicians. With the help of a medical Chatbots, patients can receive immediate assistance at the touch of their fingertips engaging patients and improving their experience — without the need for a customer support team or a physician on the other end.

One such innovator is Irving Amukasa, the founder of SophieBot, a Kenyan start-up focussing on reproductive health which connects people through a mobile application social media messaging apps and web-based apps with support services and resources.

He is an IT graduate from JKUAT. He says he has been developing android apps since 2013 after clearing high school and working on bots since 2014. The rest of the team are developers John Nzau also doubles up as social media lead, Rashid Beduni and Justice Muinde, a business developer.

“Sophie is an intelligent system that is fed with verified information on sexuality and sexual reproductive health and relays the information to its users through conversations that are driven by text or voice chats. Her features include anonymous forums and digital chatbots built-in on the app, Facebook, Telegram, Messenger and Twitter,” Amukasa reveals.

To explain his bot’s purpose, Amukasa shares some troubling statistics by the South African University of Witwatersrand on today’s healthcare conditions, revealing the already inadequate health systems of sub-Saharan Africa which has been badly damaged by the migration of their health professionals.

With 57 countries including Kenya having a critical shortage of healthcare workers, a deficit of 2.4 million doctors and nurses.

“More than half the world’s population does not have access to “basic healthcare services” while primary care continues to become more “unaffordable and inconvenient” with increasingly discouraging waiting times,”

Amukasa believes technology can play an important role in servicing communities who are isolated and supporting people who need someone to talk to.

“The problem is big when it comes to sex — we don’t have the right information to talk about it. We are here creating a persona that knows about sexual health and seeks to solve it by merging IT and Health,” He says.

The health helper app speaks in a female voice intended to be friendly and informative on topics that most people only speak about in hushed tones in adolescent sexual and reproductive health. 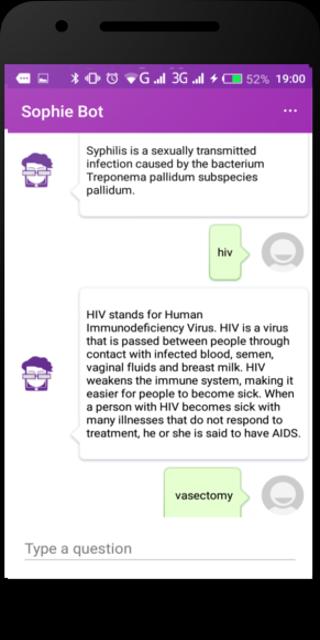 “Talking about sexual health is not only awkward but also a taboo. Without the right information on sexual health, people make ill-informed decisions which are a contributing factor to the high prevalence of STIs, early pregnancies, and unsafe abortions in Kenya. Sophie Bot does that,” he says.

He reveals that chat robots automating conversations breaks judgment and brings forth the idea of privacy.

Not yet self-aware, Sophie is fed with both the questions and the appropriate responses by the developers at Sophie Bot which is guided by private, curated, and verified information by the sexual and reproductive curriculum developed by the National Council for Population, UNFPA Kenya, the National AIDS Control Council and Development which is endorsed by the Ministry of Health.

The service provides automated health advice responses using artificial intelligence as opposed to overwhelmed human customer provision who have to go through tedious means to find the right solution for the care provider sourcing its answers from 10,000 base questions as it strives to be better with every user who signs up.

“We continue to make changes to ensure it serves users better by investing in new technology’s that would let Sophie bot learn from conversations and behavioural triggers every time,” he says.

To amplify their market reach, SophieBot team is aggressively engaging their established service on social media and holding regularly.

“There are several health-related queries and questions that honestly do not need the attention and time of a physician. These questions can’t be left unanswered as well as they may result in concerned people feeling nervous and clueless,” he says

The e-health start-up has received numerous recognition the start-up won the I.AM iAccelerator allowing them access to seed-capital of KES 1,000,000 (US$ 10,000) to invest in fine-tuning

In 2017,  it was selected to take part in the Merck accelerator programme in Nairobi, gaining access to office space, mentorship and EUR 50,000 (US$60,000) in funding, it was also spotlighted by Microsoft among 12 Kenyan entrepreneurs #Insiders4Good Fellowships.

It has also seen them featured in major global publications including Forbes and Tech Central.

Amukasa is positive that over time, deep learning will assist the SophieBot in improving responses for every single interaction and also generate context-based replies through Natural Language Generation, this way, it will be a much better fit for patient engagement than standalone mobile apps or web apps.

“The responses generated by SophieBot will be original,” he says.

Although there are myriad of industries and sectors that Artificial Intelligence could significantly impact and disrupt over the coming years, the healthcare industry, according to Amukasa is poised to witness the biggest paradigm shift.

Having spent time in the AI field running SophieBot, Amukasa indicates that they have learned the value of their tech in automating customer support and assisting caregivers and patients. The SophieBot team is now set forth to execute their bigger mandate in breaking societal barriers on judgement and stigma. 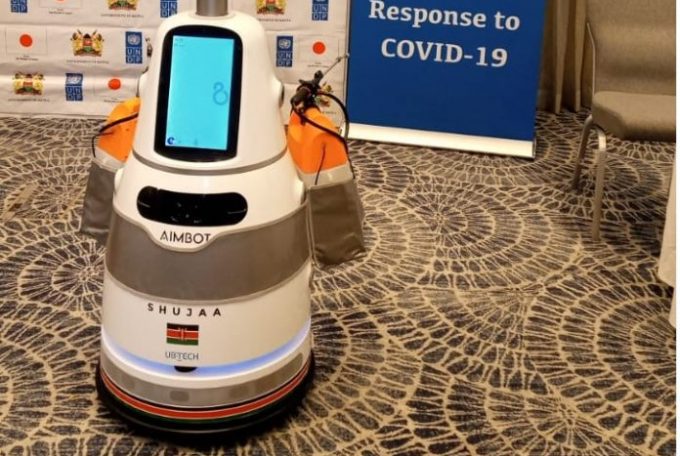 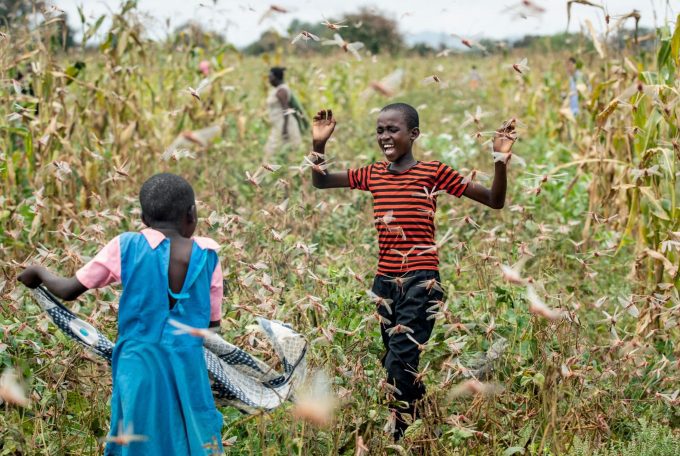 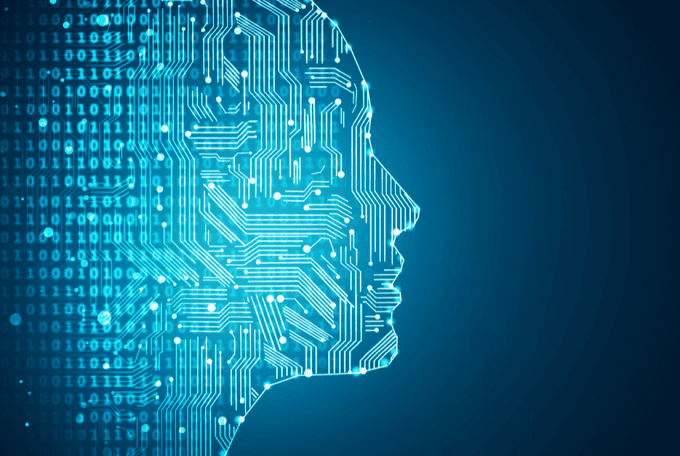