For the last decade, Kenya has become a centre for innovation. Thanks to innovations like M-PESA, Ushahidi and other highly creative brand builders producing world-class solutions, designs and products that have place our nation on the global map.

Away from innovation, the country also has a strong entrepreneurial spirit that is deeply rooted, and it is women entrepreneurs are breaking all the barriers to take that spirit to a whole new level.

As we continue celebrating women and their contribution to society, here is a list of 10 women who have started and are running successful businesses and companies.

Some of those on the list have ventured into male-dominated careers and despite all those odds, managed to carve a niche for themselves. 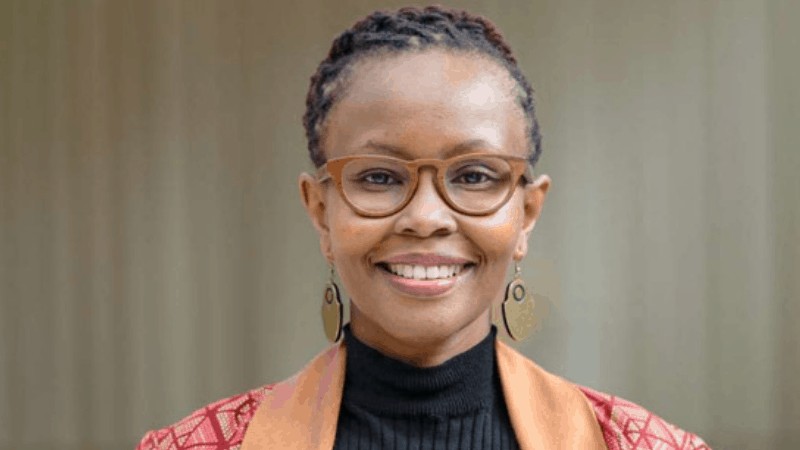 You have probably heard about Ushahidi and BRCK. Juliana is Co-founder of BRCK Inc.  A hardware company based in Kenya that makes BRCK and other devices. BRCK  is a self-powered mobile WiFi router that has on-board battery and storage, a backup generator for the internet.

It provides redundant internet connectivity using wireless or ethernet backhaul. BRCK stands for “rugged internet for people and things”, and it takes its name from its sturdy boxy shape.

Juliana is Co-founder of Ushahidi Inc, a non-profit tech company, born in Africa, which specializes in developing free and open-source software for changing how information flows in the world.

Ushahidi also acts a catalyst in innovation as part of the Making All Voices Count global challenge for development. She is an internationally sought-after keynote speaker as well as a strategic advisor to the councils of BASF, Microsoft 4Afrika and Waabeh Ltd. She is also a trustee of the iHub in Kenya and Bankinter Foundation for Entrepreneurship and Innovation in Spain. 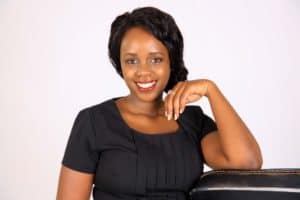 From doing data entry jobs in Graffins college to becoming a key player in the PR industry, Mary Njoki is a force to reckon. At the age of 23 years Mary Njoki started a PR agency called Glass House PR. 6 Years later, Glasshouse has become a PR giant battling other agencies like Ogilvy and Tell-em.

She was named under the Africa top 40 under 40 women leaders by Amazon Watch Magazine.  Glass House PR went on to receive the Global Business Insight, award in 2018 as the ‘Most Innovative Agency in Digital Communication and Media Management “. 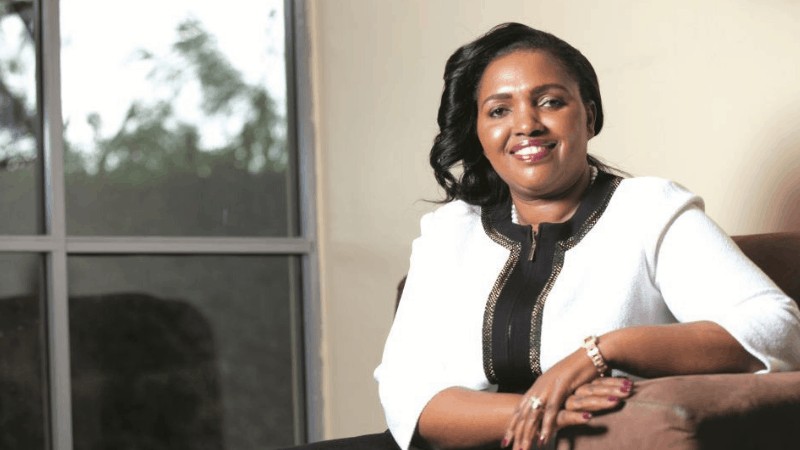 Mrs Tabitha Karanja is the Chief Executive of Keroche Breweries Keroche Breweries was established in 1997., the first alcoholic beverage producer to be wholly owned and operated by an indigenous Kenyan and, a woman.

Tabitha has penetrated a market that had over half a century been dominated by multinationals, the main one being the Diageo owned EABL.

With a journey totaling to about 22 years, Tabitha and Keroche Industries has faced a host of including battling monopolies, industry skeptics and high taxation, all in a male dominated industry to create a Kenyan business success story. 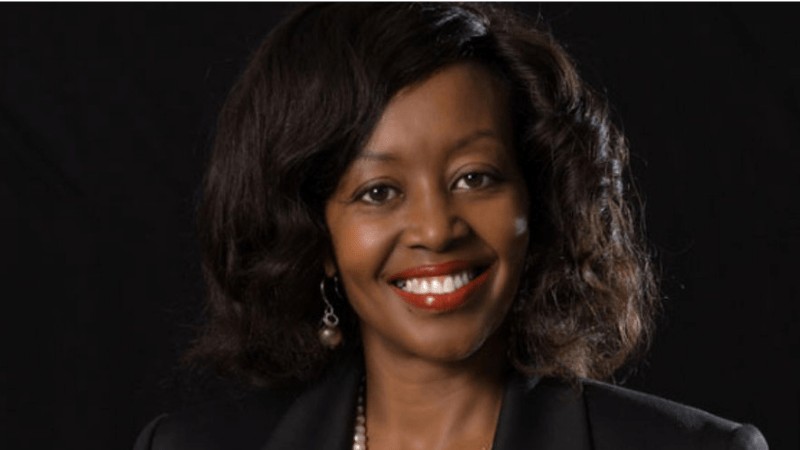 Flora Mutahi CEO and Founder of Melvins Tea. She was the first person to venture into flavoured tea business in Kenya. She is also the chair of the Kenya Association of Manufacturers, making her the first woman to head the lobby group, and is vice president of the COMESA Business Council.

In July 2016, Mutahi was appointed chairperson of the Kenya Association of Manufacturers, the first woman to occupy that office, since the founding of the association in 1959.

Mutahi is a member of the board of directors of Seed Hope, a Kenyan non-profit striving to improve the living conditions of the slum-dwellers in the Kibera shanty town. 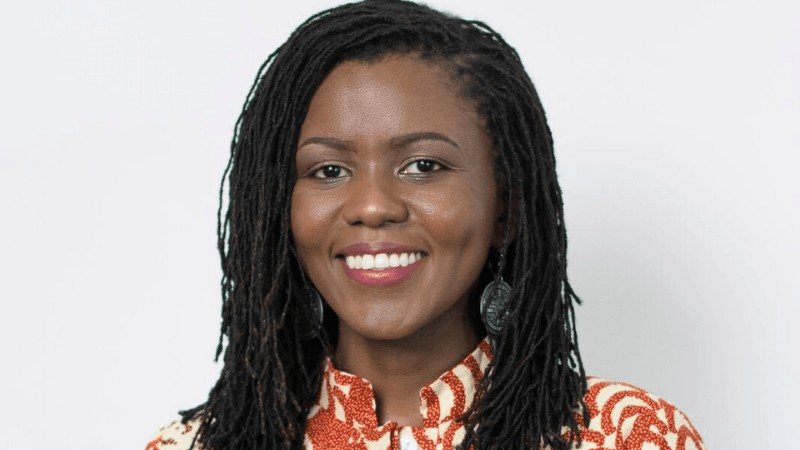 Dr Mutiso is currently the Co-founder and CEO of Mawazo Institute. She is passionate about helping elevate women to positions of leadership and influence in African society.

Previously, Dr Rose served as a Senior Fellow in the Office of International Climate and Clean Energy at the U.S. Department of Energy (DOE), where she led DOE’s engagement on technology and policy dimensions of energy access in sub-Saharan Africa and South Asia.

Also, she served as an Energy and Innovation Policy Fellow in the office of U.S. Senator Christopher A. Coons, where she authored several pieces of legislation that were signed into law by President Barack Obama.

A materials engineer by training, Rose has technical experience in the fields of nanotechnology and polymer physics, including nano-electronics and next-generation energy technologies. 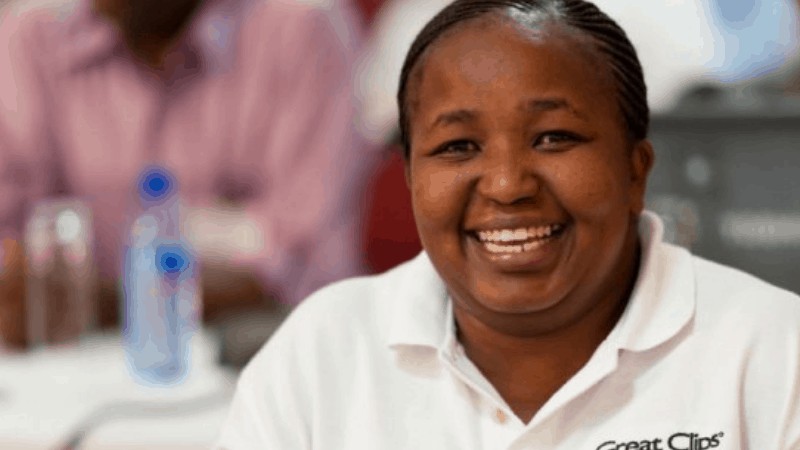 Rebecca Wanjiku is the founder and CEO of Fireside Communications, a company that is manages end-to-end installation processes, delivering fully integrated communication solutions.

Wanjiku started off in the Telecom industry at a time when telecom firms were not outsourcing their work yet. Nevertheless, she cobbled together her own savings and her mother’s savings and by 2008 she set up a business that initially installed DStv.

Wanjiku still has to deal with the condescending attitude that is often directed at women pioneers, especially in industries as male-dominated as infrastructure and engineering. 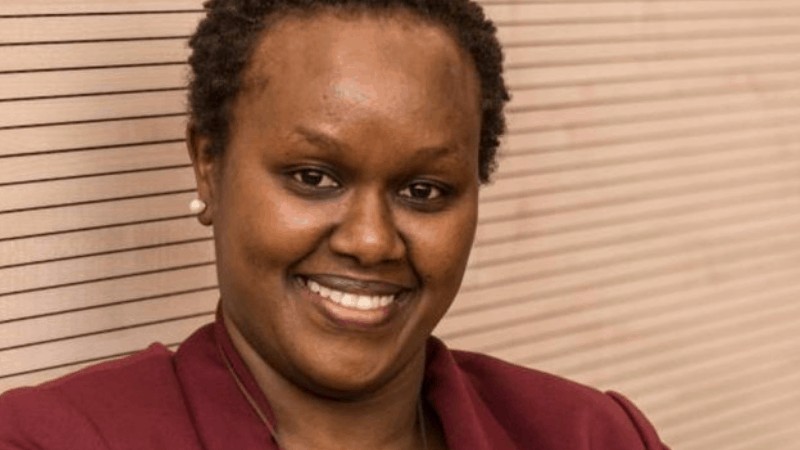 Dorcas Muthoni is a Kenyan an entrepreneur, computer scientist and founder of OPENWORLD LTD, a software consulting company she started in 2004.

Today, Openworld is a leading e-Government and business software services firm involved in the delivery of some of the most widely used Web and Cloud applications in Africa, such as ARIS, an African Union reporting application used by all 54 member states; and the Performance Management System for the Government of Kenya, automating performance contracting in the public sector.

In 2008, she was an Anita Borg Institute for Women and Technology’s Change Agent award winner and in 2009 she was selected as a Women’s Forum Rising Talent, a network of highly talented women with the potential to become influential figures in the future.

In 2013, she was selected as a World Economic Forum Young Global Leader, a panel of distinguished leaders from around the world under the age of 40.

In 2017, the Pompeu Fabra University made Honoris Causa for her significant work in the promotion of engineering studies among girls in Africa, the mentoring of young people, and her social commitment in the fight against poverty. 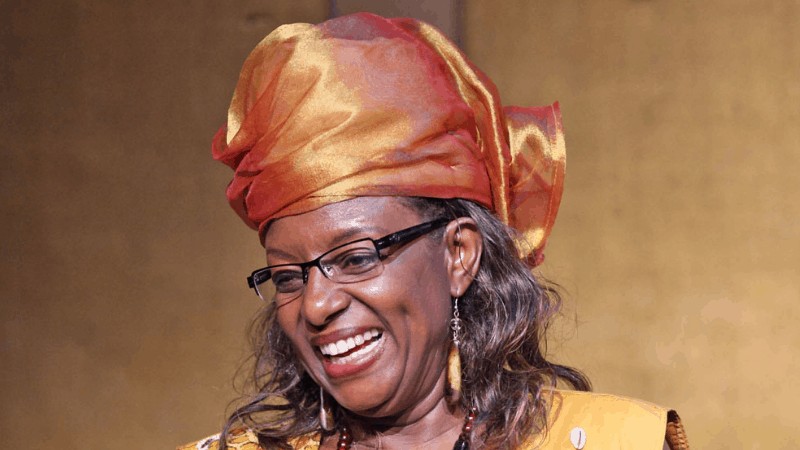 Dr Jennifer Riria is the Group CEO of Kenya Women Holding and one of Africa’s leading women entrepreneurs who has always been on a mission to transform the lives of women and their families in her native Kenya. She is distinguished as a microfinance banker and practitioner, researcher and gender specialist.

She has served in many leadership roles for which she has been recognized locally and internationally. In 2013 she was awarded the Ernst & Young (EY) Entrepreneur of the year, East Africa 2013, and subsequently, the EY Entrepreneur of the Year Award 2014, at which point she was admitted to EY’s Global Hall of Fame.

Kenya Women Holding is a microfinance, banking and insurance group that works with over 900,000 women, employs 2,800 people and since inception has disbursed $1.3bn of loans, each one averaging less than $600.

It is Kenya’s largest micro-finance provider working together with many leading civil rights organizations. Kenya Women Holding also coordinates the Tuvuke Initiative for a Peaceful and Fair Electoral Process, which works to prevent violence and create a safer, healthier environment for Kenyan democracy. 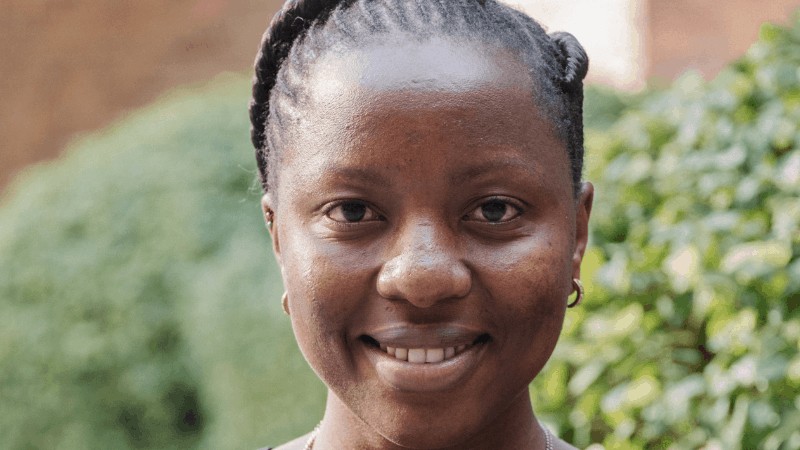 Linet is the founder and CEO of Data Science Ltd a Data Analysis and Research Company established in Kenya to focus on providing services to the local private and public (Enterprise, Government and CSO/NGO) business space in understanding and using available and new data to gain insights for better planning, resource allocation and profits making.

Linet has been on the forefront of coordinating the Kenya Open Data Initiative and the Open Government Partnership for the Government of Kenya and the World Bank. She has also been a Software Engineer with Carnegie Mellon University and Stanford University.

Linet holds an undergraduate degree in Computer Science from the University of Nairobi, and is self-taught in geographic information systems (GIS), data analysis, and mining. She has been recognized as an unsung hero by the American Embassy in Kenya for her efforts to encourage more women to work in technology and computer science. 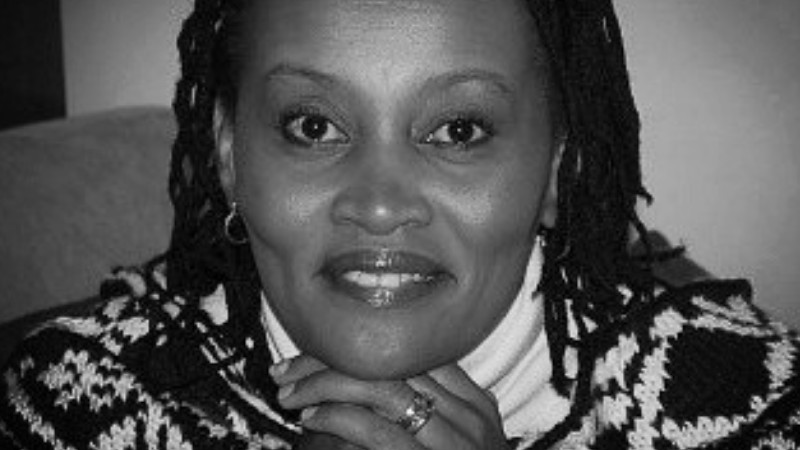 Njeri Rionge is one of Africa’s leading entrepreneurs and one of the very few women pioneers in the ICT sector on the African continent.

She co-founded internet service provider Wananchi Online that has since been transformed into Wananchi Group Holdings – one of east Africa’s leading providers of pay-tv, broadband internet and VoIP services. 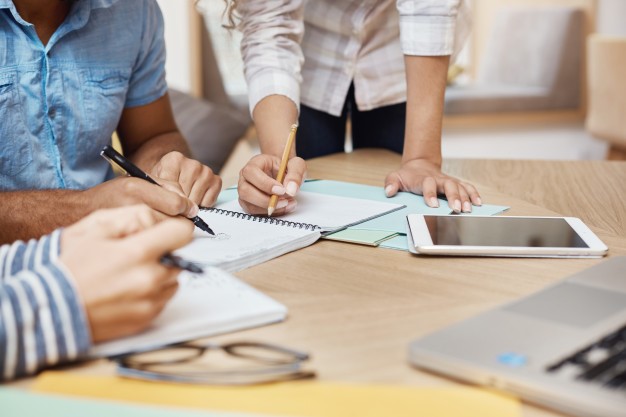 How A Company Can Outshine its Competitors Through Influencer Marketing 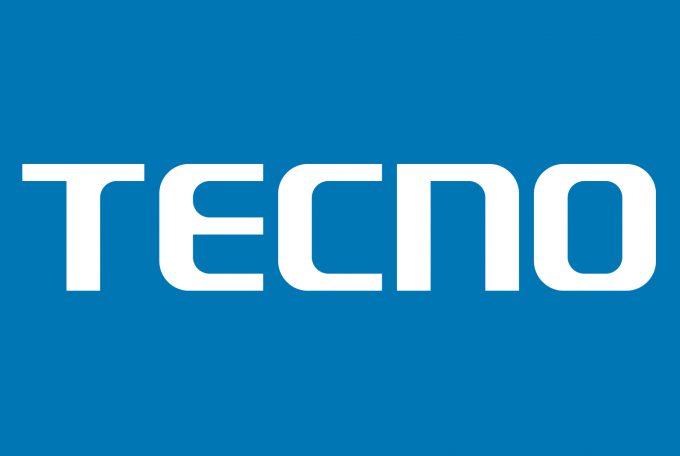 Tecno overthrows Samsung in handset sales across Africa in 2020 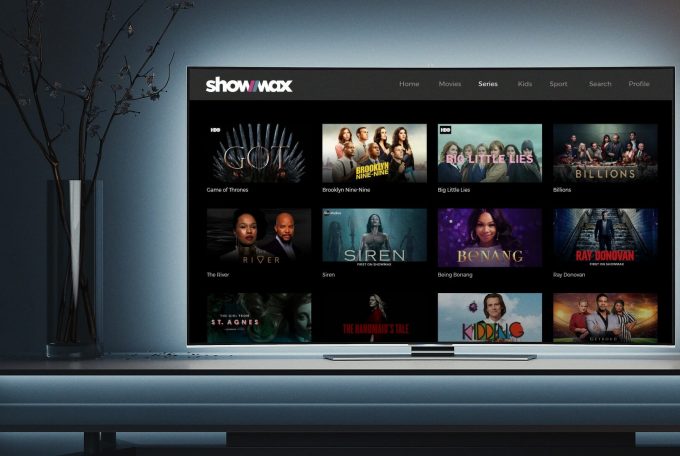