7 best international series on Showmax in Kenya this August

Here are the 7 best must-watch lists of International TV Shows and Series worth watching on Showmax in Kenya this August.

The Tv Shows include 1st seasons of The Flight Attendant & Your Honor; new A Discovery of Witches, The Flash S7 & Legends of Tomorrow S6, Supergirl S6 & Batwoman S2

HBO comedy drama The Flight Attendant stars Critics’ Choice, People’s Choice and Teen Choice Award winner Kaley Cuoco (The Big Bang Theory) as reckless flight attendant Cassie Bowden, who wakes up in the wrong bed, with a dead guy beside her, and no idea what happened. Unable to piece the night together, she begins to wonder if she could be the killer…

The Flight Attendant was nominated as Best Comedy Series and Kaley as Best Actress at the 2021 Emmy, Golden Globe and Critics’ Choice Awards. At the Emmys, The Flight Attendant is up for seven more awards, including Supporting Actress (Oscar nominee Rosie Perez from Birds of Prey), Casting, Directing, Writing, Editing, Production Design and Theme Music.

Already renewed for a second season. The Flight Attendant is #9 on the Best-Reviewed New Shows of 2020 list on Rotten Tomatoes, with a 97% critics rating. As the critics consensus there says, “Kaley Cuoco shines as a hot mess in The Flight Attendant, an addictively intriguing slice of stylish pulp that will bring mystery aficionados to Cloud Nine.”

YOUR HONOR S1 | Binge from 5 August

Emmy winner and Oscar nominee Bryan Cranston (Breaking Bad) stars as a New Orleans judge who is forced to confront his own deepest convictions when his teenage son Adam (Hunter Doohan) is involved in a hit and run linked to an organised crime family. As a storm of vengeance, lies and deceit threatens to engulf the entire city, Michael Desiato faces a series of increasingly impossible choices and discovers just how far an honest man will go to save his son’s life.

From the producers of The Good Wife and The Night Of, Your Honor also stars Emmy nominees Hope Davis (In Treatment, American Spendor) and Michael Stuhlbarg (The Looming Tower, Call Me By Your Name), and Black Reel winner Carmen Ejogo (The Girlfriend Experience, Selma).

Cranston was nominated for a 2021 Golden Globe for Best Actor in a Limited Series, as well as at the 2021 Satellite Awards, where Davis was also nominated for Best Supporting Actress.

Adapted from Deborah Harkness’s bestselling All Souls trilogy, A Discovery of Witches is a vampire meets witch story of forbidden love, starring Matthew Goode (Downton Abbey and The Crown) and Teresa Palmer (Warm Bodies, I Am Number Four). In Season 2,  the star-crossed lovers time walk from the present back to 1590, to hide from the Congregation while Diana learns to control her magic.

Season 1 was nominated for Best New Drama at the 2019 National Television Awards and as Best Horror Series by the Academy of Science Fiction, Fantasy and Horror Films, after becoming Sky One’s most watched series of 2018 and the most successful series in the history of Sundance Now.

Season 2 has an 87% critics rating on Rotten Tomatoes, where the critics consensus praises the leads’ “infectious chemistry” and the show’s “visual splendor.” James Purefoy (Rome, The Following) and BAFTA nominee Sheila Hancock (Unforgotten) join the cast this season.

With his wife Iris missing, Eva McCulloch on the rampage, and Barry fresh out of “flash”, Team Flash has their work cut out for them this season as they wrap up the dangling threads from the abruptly shortened Season 6, before taking on a new story arc kicked off by Abra Kadabra, hellbent on revenge.

Grant Gustin was nominated for a 2021 Critics’ Choice Super Award for Best Actor In A Superhero Series as Barry Allen, to go with his four Teen Choice Awards for the role. Candice Patton, Danielle Panabaker and Tom Cavanagh reprise their Teen Choice-nominated roles as Iris, Caitlin and Dr. Harry Wells respectively, while SXSW Special Jury Award winner David Dastmalchian (Murdoc in the MacGyver reboot series and Piter De Vries in the upcoming Dune) is also back, guest starring as Abra Kadabra.

With a 95% critics rating on Rotten Tomatoes, a 2021 Emmy nomination for Outstanding Special Visual Effects, and a 2021 Critics’ Choice Super Awards nomination for Best Superhero Series, The Flash has already been renewed for an eighth season.

The series has an 89% critics score on Rotten Tomatoes, with Season 6 finally cracking that elusive 100% score. AV Club praises it as a “marvellous, irreverent, stupid-like-a-fox show,” with “oh-thank-god-let’s-have-some-dumb-fun energy,” and says, “Punch aliens! Roll your eyes at Spartacus! Drink a cocoon! Talk about John Constantine’s ass! Do whatever you want, Legends — we’re just glad to see you.”

The second season of the superhero drama Batwoman swoops onto our screens this month, and with Kate Kane missing in action, a new heroine has to take up the mantle to bring hope to Gotham.

Actress Javicia Leslie makes history as the first black actress to play Batwoman in a live-action series, following Ruby Rose’s exit due to a back injury. Javicia’s Ryan Wilder is nothing like Kate Kane, bringing a whole new feel to the series. Athletic, raw, passionate, fallible and even goofy, Ryan is not your stereotypical all-American hero, but she could be exactly what Gotham needs…

Nominated for a 2021 Saturn Award for Best Superhero Adaptation, Batwoman also picked up nominations at the 2020 GLAAD Media Awards and the Queerties. Season 2 has an 89% critics rating on Rotten Tomatoes, where the critics consensus says it maintains “the show’s excellence while giving Javicia Leslie plenty of room to spread her wings.”

Critics’ Choice, People’s Choice and Teen Choice multi-award-winning series Supergirl is gearing up for its final showdown. The first seven episodes of the final season are available to binge now, with another 13 (!) due towards the end of the year, since not even superheroes are immune to the global pandemic.

Last season’s cliffhanger means Supergirl (aka Kara Danvers, played by Melissa Benoist) will face her nemesis, Lex Luthor (Two and a Half Men’s Jon Cryer), this season. Both picked up Best Actor nominations at the 2021 Critics’ Choice Super Awards for their performances, with Season 6 earning a 99% critics rating on Rotten Tomatoes.

EVERYTHING ON SHOWMAX IN AUGUST

To see everything on Showmax in August 2021, including the Showmax Original reality series Temptation Island South Africa, the multi-award-winning horror Midsommar, and the 2021 Oscar nominee Pinocchio, click here. Please note this release schedule is subject to change. 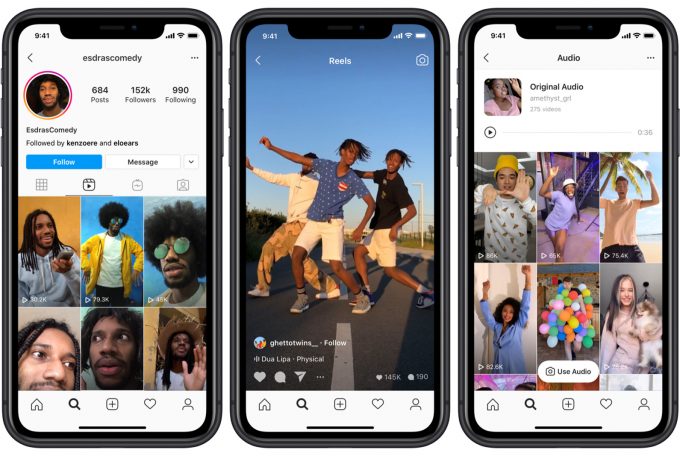 7 Proven tips how Instagram Reels can Promote your Brand 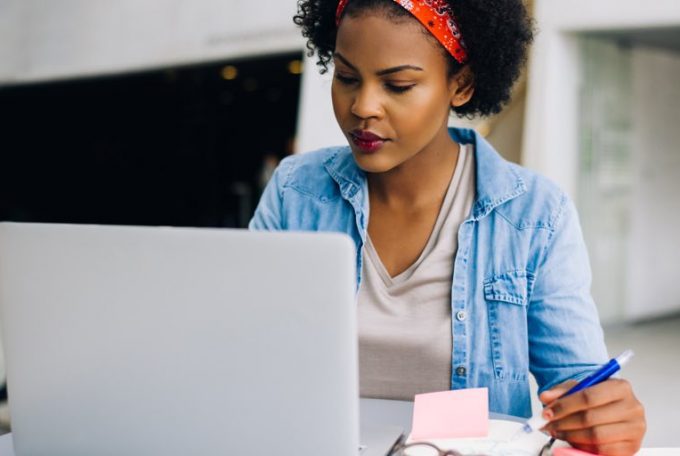 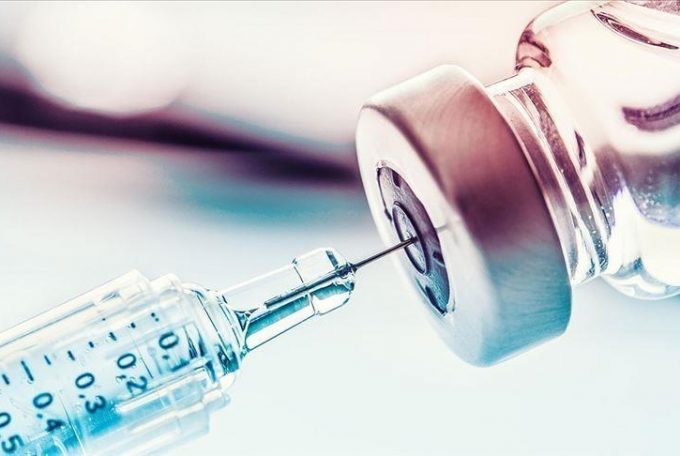 Where to get Covid-19 vaccine in Kenya 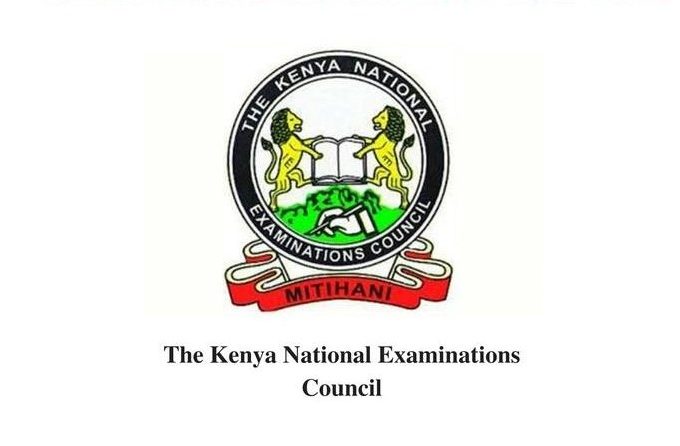 How to apply for KNEC Examiners Training Online