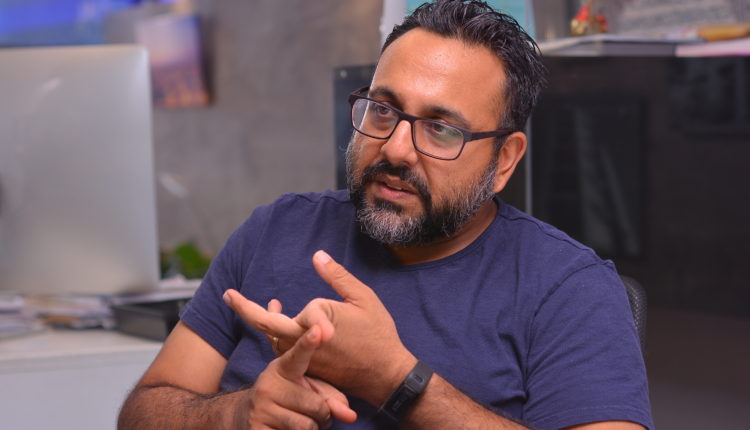 Radio personalities are celebrated with great adoration from their fans and even accorded celebrity status. But Aleem Manji did not allow this fame and hype cloud his vision. His stint in radio was just but a stepping stone to his dream job.

The founder of Aleem Manji Architects will credit his foundation in the architectural field to the seven years he worked as a radio presenter at East FM 106.3.  As a student at the University of Nairobi pursuing a degree in Architecture, Manji doubled as radio presenter to enable him pay for his tuition fees.

He juggled between class and his radio job and eventually after graduating, he went to work for Studio Infinity Architects, his first real engagement as an architect.

After five years of learning and gaining relevant experience, it was time to jump into the deep end of entrepreneurship. Aleem Manji Architecture was born in a little corner within his room, with only a desk and a computer. Eight years later, the company has a huge portfolio of commercial property designs.

“I would duck for cover every time a client said, “Can I meet you in your office?” I would then organize to meet them at Java in Gigiri,” Manji says of the company’s formative years.

His big break came when the company was hired to design one townhouse project called Casilda. It enabled him to move and set up an office at General Mathenge Drive in Westlands. From there, Manji started getting other clients based on word-of-mouth recommendations. The firm also benefited from Kenya’s construction boom.

“We had a very good period of growth in terms of development allowing for the construction of high-rise structures whereas previously it was low-rise only,” said Manji.

From a firm that started with two employees in 2010, Aleem Manji Architects currently has 11 members of staff. He invested an initial KSh 380, 000 at start-up. The capital enabled Aleem to buy a computer, purchase some furniture, pay deposit for the place he was renting at the time and a kettle for making coffee.

From the humble beginnings, Aleem Manji Architects is now an award winning firm that won the 2017-8 African Property Architectural Awards in two categories. In the best designed commercial building and best designed residential high-rise building categories, Aleem Manji Architects won for its designs for the Elegance and the Rumaisa, respectively. The 39 year-old Aleem also made it to the Business Daily’s annual list of Top 40 under 40 men in 2017.

Rumaisa is an apartment development that is located at Riverside. Aleem explains that it is 66 duplex apartments whose key feature is a courtyard at the center that ties together the other buildings and acts as a central focal point that acts together as an anchor.

The Elegance on the other hand is a commercial building on General Mathenge in Westlands, which the company is set to start work on soon. “We have integrated a lot of current building technologies. We are using a steel structure as opposed to a reinforced steel structure for a commercial building. The design in itself incorporates a twisting palette as you go up at every single level which rotates by about five degrees, which gives it a very interesting look. It is kind of like a deck of cards that has been shaped upwards,” he says.

In the past, the construction industry in Kenya has had to grapple with cases of collapsed buildings either during construction of after. Manji says this could be as a result of compounded issues.

“First and foremost, I want to preface this as an assumption. A lot of it is due to poor supervision and lack of competent consultation. The other aspect is sometimes because contractors can deliberately underperform in terms of what it is that they are meant to be doing. Majority of them understand that if a building goes down it is just not reputations, but lives at stake as well,” he says during the interview held at his firm at The Mirage.

Manji says that there is a process to choosing the right contractors and engineers for the buildings his company is working on.

Aleem says that he undertakes due diligence in choosing a contractor by getting information from multiple sources such as three recommendations from an architect, three from the quantity surveyor and others from the client. His firm also looks at the past work that the contractors have done and how they are rated by the accreditation body, the National Construction Authority (NCA).

“After we have done the vetting process and once we have narrowed down to two or three contractors, we visit a few of the sites they are working on, look at the machinery and equipment.”

To continually ensure they are able to deliver the best to their clientele, Aleem Manji Architects has made partnerships with Giriraj Builders, Globe Developers, Maar Developers, Tower Cost Consultants, engineers and quantity surveyors.

Manji is keen on establishing a strong foundation for the business in Kenya before expanding into the regional market. “Over the next five years, we will work to keep up with the latest construction and design technology and competition from local and international firms.”