Gmail dark mode is coming to Android phones. Turn it on now 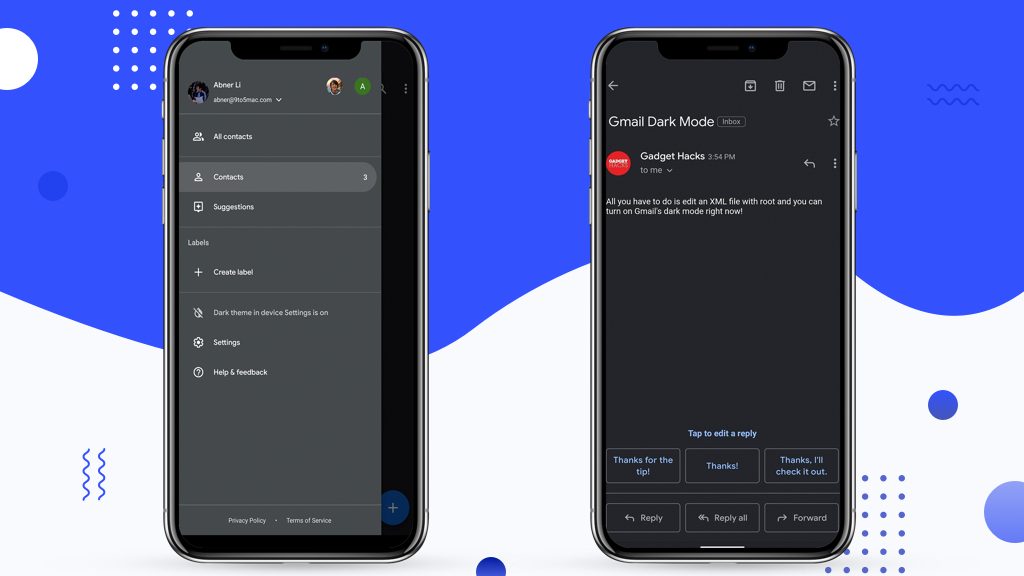 With Android 10, Google lets you apply a system-wide dark theme across its new mobile Android OS, and you can easily turn it on in individual Google apps on your phone as well, from Calculator and Calendar to YouTube. But Google doesn’t let you apply it everywhere, and a few popular apps including Chrome lack a dark-mode setting.

Gmail has been one of them, but it’s no longer a holdout, as Google has started to roll out a dark-mode setting for Gmail on Android 10. Google is pushing the update out slowly, so it’s not available to everyone yet.

Dark mode is increasingly in demand. Before Android took it on, the popularity of dark modes for apps was already growing, for Facebook Messenger and the Slack and Reddit apps, for example. And Apple’s also following the dark mode trend, as iPhones and iPads ($290 at Walmart) will also get a dark theme with the release of iOS 13 this month.

The new version of Apple’s mobile operating system will apply the theme broadly, from wallpaper, widgets and notifications to Calendar and Messages.

With dark mode, you can conserve a bit of battery life and your phone’s screen will be easier on your eyes at night. Google first added dark mode to an Android Pie update earlier this year, but the theme didn’t show up everywhere. In Android 10, dark mode is much more widespread, and apps that use the default system theme will automatically adopt the new dark mode when you turn it on, inverting dark and light colors.

Not all of Google’s apps use the system default theme automatically. Along with Gmail, you’ll need to turn on dark mode in Calendar, for example, and YouTube. Here’s how to turn it on in Gmail on Android 10.

Turn on the Gmail dark mode setting in Android 10

While many of Google’s Android apps will adopt a dark theme when you turn it on in overall settings, you need to flip it on separately in Gmail.

Set dark theme as the system default in Android 10

For those apps that automatically adopt the default system, here’s how to turn on the dark theme.

You can do more with Gmail than just change how it looks, of course. You can keep spammers from tracking you, for example, and unsend messages to avoid regret. 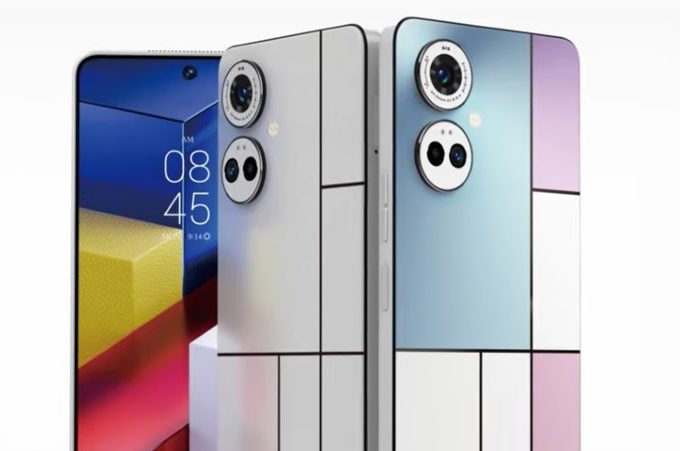