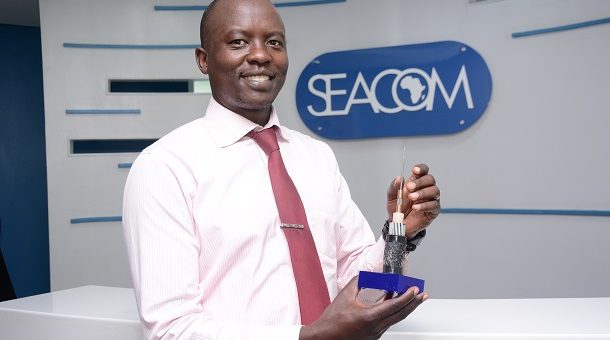 By 2020, it is estimated that 1.7MB of data will be created every second for every person on earth. Data, experts report, is fast becoming essential for the maintenance of a functioning digital society.

Fibre-optic submarine cable systems are a critical network infrastructure, which forms the very backbone of the internet. They facilitate the world’s connectivity, and according to a 2018 report by Ofcom Communications, it composes over 98 per cent of all data and voice communications.

The growing popularity of social media platforms and the increasing adoption of cloud computing underpin the importance of the global submarine cable network in today’s fast-moving, data-driven, global digital economy.

As East Africa is rapidly developing to become an economic power bloc, it will need to rely on this undersea infrastructure to satisfy its insatiable demand for international bandwidth.

However, before the first submarine cable landed in east Africa, the region relied solely on satellite connectivity which proved to be costly, coupled with downtimes and slow connectivity. 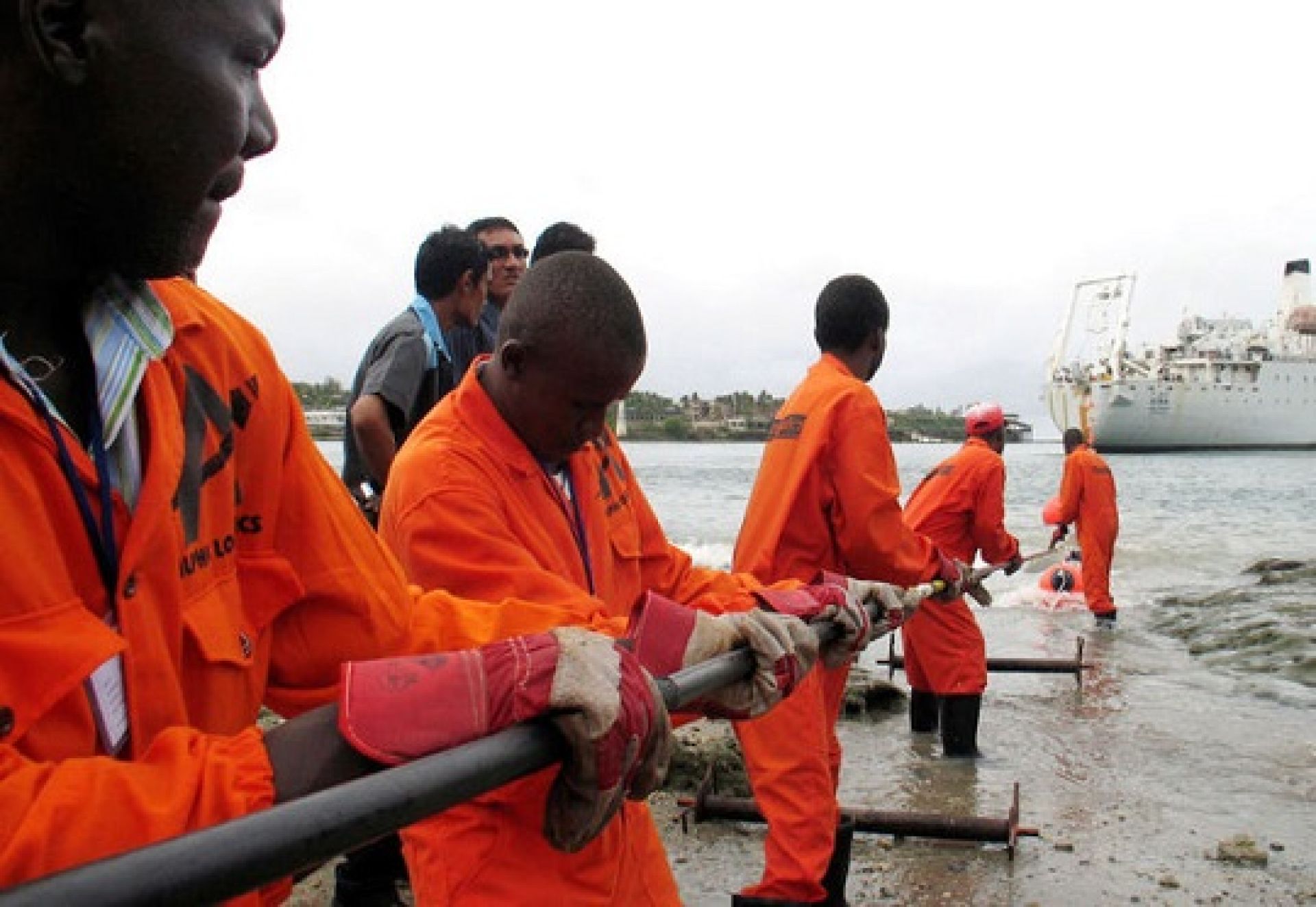 Today, at least 52 countries in Africa are connected to the cable system, either directly or by terrestrial cross border fibre optics, keeping the countries at arm’s length on satellite use.

East Africa’s geographical location creates an opportunity for a submarine cable investment to propel the region into a fast-growing economy. This enormous task calls for a handful of submarine cable network providers with industry-rich expertise as well as cutting-edge technology to work in the depths of the underserved markets and remote environments in the world.

The growing access to international bandwidth, according to Quartz Africa journal, is widely attributed to SEACOM, which now connects South Africa, Mozambique, Tanzania, Kenya, Ethiopia, Uganda and Rwanda with the rest of the world via landing points in France and India.

Tonny Tugee is keeping his head high, as the Managing Director at SEACOM Kenya. He is driving growth not only in the country but also within the East North East Africa Region (ENEA). His work revolves around exploring new prospects for business, improving access to services across the region and driving expansion.

For him, it is a different challenge entirely. Leveraging on his vast experience, gathered working in the Telecommunications industry for the last decade, Tugee has set his agenda straight in driving quality, reliability and scalability.

The business enterprise expert sees increased data usage, a changing world and markets that will be disrupted by new technolo­gies.

“More businesses are coming online, and the growth and uptake of data, is growing by the day. Much as the price is dropping, the volume of data utilisation is growing, generated from different verticals and from businesses that exist. We are seeing a steep trajectory in terms of growth and demand for capacity,” Tugee says.

Being the first undersea cable that landed on the Kenyan coast, SEACOM’s focus from the last ten years was entirely on the service provider segment of the market. But this has changed.

In order to adapt, survive and thrive, the firm has continued its prominent strong expansion. This, the CEO believes, is necessary for the evolution of the market, particularly with the increased demand for data owing to the growth in fibre-based connectivity and emergence in technologies such as 5G.

“Five years ago, we saw the need to diversify our business. Today, SEACOM has moved into retail, owing to pressure on the wholesale side with prices dropping as businesses are shrinking at the same time a lot of players are coming into the market,” he says. 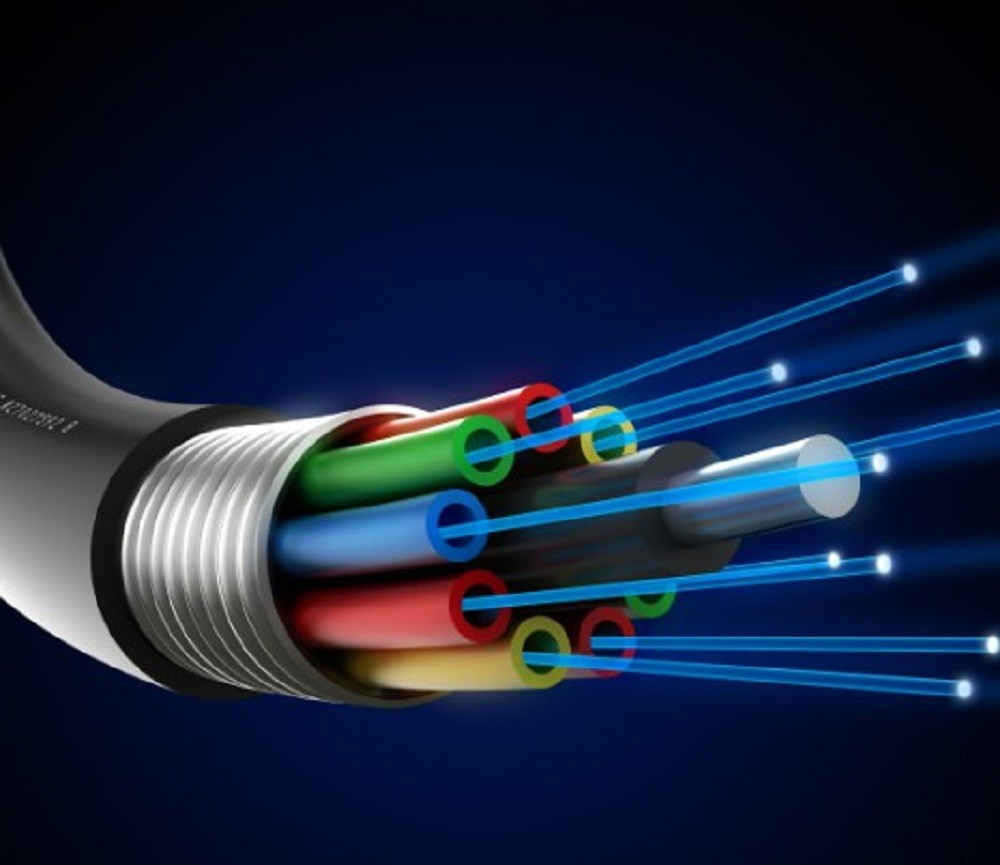 Having been at the heart of the Telco market for more than a decade, Tugee has seen how the internet has become a vital component of modern business. The ICT Sector, he says, is quite dynamic, a change from the norm ten years ago when people struggled to get quality connectivity to the internet.

“There has been a massive transformation in as far as quality, scalability, and reliability of service is concerned. But above all in affordability, which has created an environment where ICT Companies and the industry has evolved to a great extent and has been on the forefront in driving innovation.”

The players, he says, have to evolve to keep up with the technology trends. Others who are not evolving are dropping. “As a player in the industry, I can tell you that our own business models have been shaken to a greater extent and has shifted.”

To continue growing, SEACOM partnered with global cloud providers in a bid to ensure that their network is present in the data centres.

“One of the dynamic trends in ICT is cloud adoption. As users, this is more efficient for their business, meaning there is no need to buy servers, hardware or storage. No need to invest in security to protect your data, you simply pay as a service.”

The firm’s broad utility set is enhanced by its stellar network capabilities as the Telco firm connects South Africa to the east coast of Africa, India and Europe with several Points of Presence (PoPs), giving SEACOM customers demanding connectivity to experience the network’s speed and reliability from 100 Mbps up to 100 Gigabits per second.

With its data centre in South Africa, the cloud platform is now closer to East Africa. “We target large enterprises and corporates, cutting across the different business, to enable them to scale,” the CEO says. 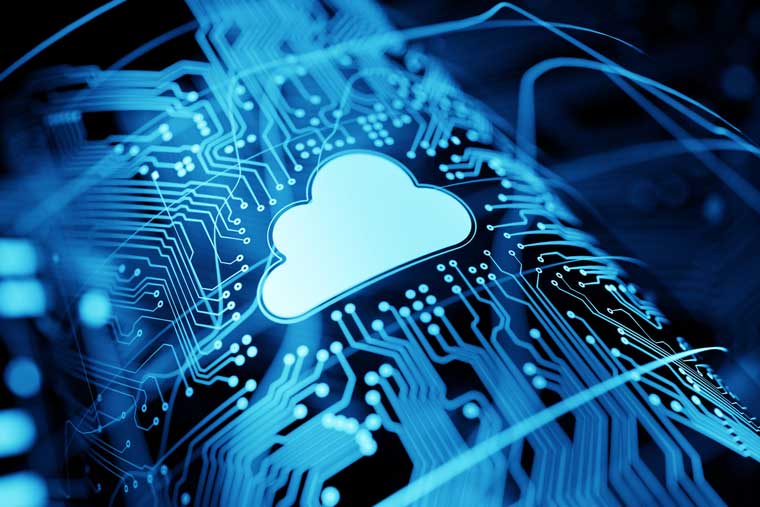 SEACOM, earlier this month announced it was raising the capacity of the marine fibre cable to 1.5 TB, an upgrade Tugee says has been necessitated by a surge in demand for bandwidth in East Africa.

The move will allow SEACOM to have more capacity in their Southern and Eastern African coastline landings.

“The current upgrade is adding 500G of new capacity on the system, after a previous upgrade of 500G about 18 months ago. This further upgrade falls in line with SEACOM’s focus on driving the development of the African internet and opening the broadband tap for African service providers and business users.”

Further, the Telco firm is strengthening its footing in Uganda, expanding its internet connectivity and cloud services to corporate customers, despite the country being landlocked.

“We will leverage our existing 1.2Tb of lit capacity high-speed fibre network infrastructure that goes from Kampala, Entebbe, Jinja, Mbarara and Gulu, onto its diverse subsea cable backbone,” Tugee says.

SEACOM is currently in key metro towns in Kenya. In Mombasa, where the cable landing station is located, retail services started in Nairobi, Kisumu, Nakuru and Eldoret, being key focus areas.

With its high-speed fibre-based network infrastructure, SEACOM is leveraging on their partner’s strength to deliver a joint revenue share partnership.

“Besides that, we have a strategic focus to grow organically, to mean that we can acquire new business. We have grown in the last few years by acquiring infrastructure providers like FibreCo, among others, to extend our presence in Kenya.”

“Organic growth is to grow our footprint, but inorganically if we find a business that has assets we can leverage on. So acquisition is another key way for us to accelerate in the market.”

Future of the Industry

Currently, the CEO says, there are a number of trends driving the dynamic nature of the market and points out that cloud adoption will remain a key driver on how business will be done. And the impact is massive.

With a constant shift in the industry, SEACOM is looking to capitalise on the global carriers that are now moving into Africa. This includes players such as Netflix, Facebook and Google, who are bringing the content.

“Africa then begins to become rich, in terms of content and access to the same information, bringing a change in business models at the same time and disrupting the sector,” he says.

To remain ahead of the pack for strategic advantage, quality service delivery and scalability has given the firm a fighting chance.

“The fact that we own this big asset and everyone connects through the backbone, for us, scalability is our biggest advantage. Quality of service and our regional presence is also our biggest differentiator. We have different flavours that make it easy to drive our service to the market.”

However, a key challenge in the market, Tugee says, is the high cost of fibre. “The more inland we go, the more costly it is to build the fibre. Maintenance is another cost, especially when roads are being constructed.”

“Our desire as one of the players in the industry is to seek the protection of assets and investments of the different players. We appreciate the role the government is playing in supporting the sector. Still, at the same time, policy enforcement is to be done in a way that the players are protected from the destructions, which is proving costly.”

While the road ahead is challenging and uncertain, Tugee is confident it holds more potential and opportu­nity for growth and success.

Cognizant of the growing competition in the Telco sector, Tugee is committed to maintaining SEACOM’s customer base, and drive the firm’s penetration on the corporate side of the business.

“The idea is to spur growth in the region by expanding to different geographies. As long as Africa is at 40 per cent it means everyone has the responsibility to drive this, so we are at the forefront to bring many people and businesses online so that they can all enjoy and be part of the global growth and opportunities that exist,” Tugee says.

SEACOM nurtures talent through skills development for some youths in Mombasa, giving them the required digital know-how through internet connectivity.

“We have seen new start-ups grow from these innovation hubs. Conversations that have changed the industry happen in these centres. And we’re at the forefront to support such initiatives,” the CEO says. 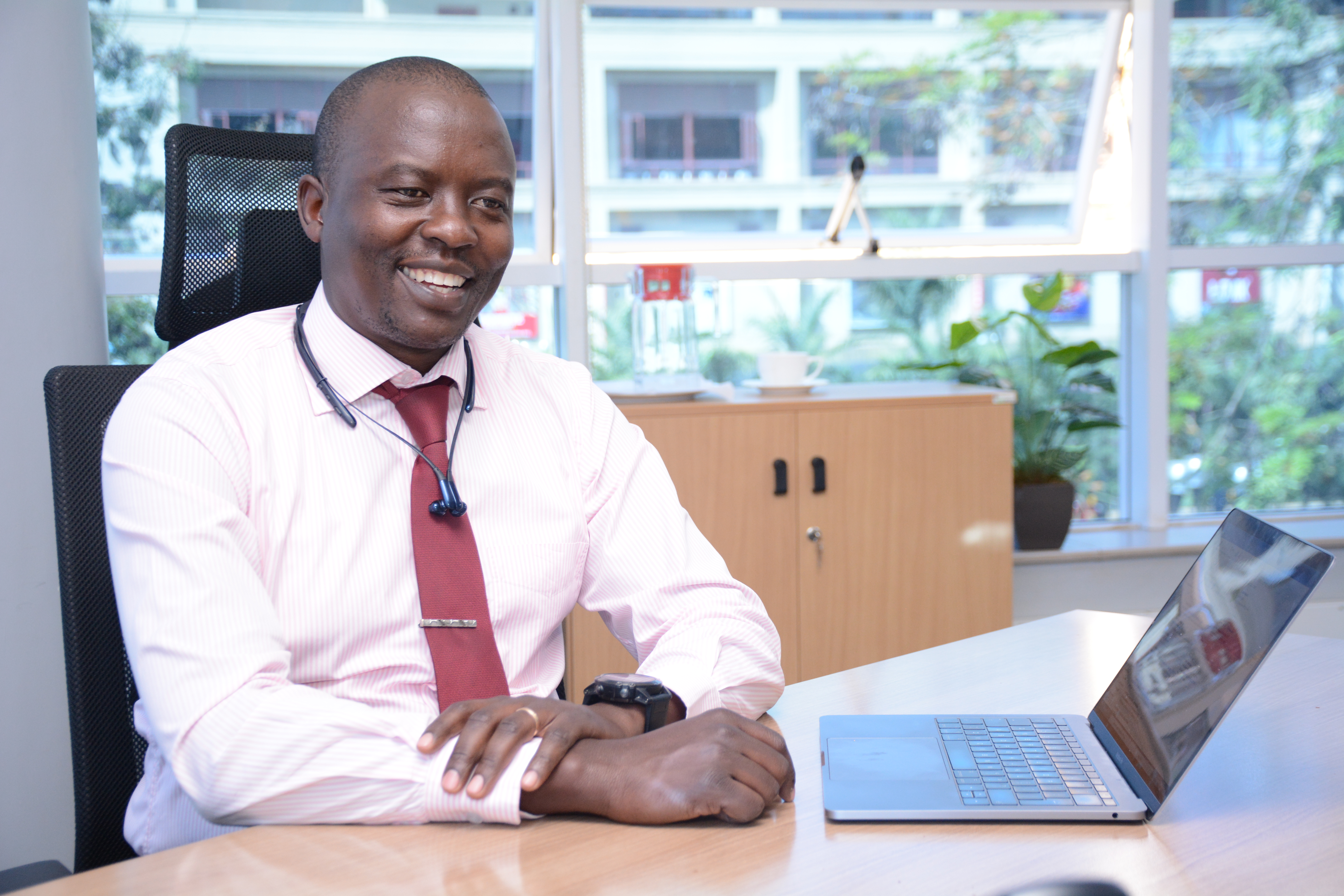 Before assuming his current position, Tony Tugee served as SEACOM’s head of business in Kenya and its service provider segment for East Africa.

He was, until September 2017, head of enterprise sales at Safaricom, and together with his team, saw the telco grow through storms to its current profitable stature.

The CEO has a Bachelor’s degree in Economics, and began his career as an economics teacher at a secondary school in Mount Elgon, following his graduation at Kenyatta University.

“I was never satisfied by the fact that I was going to be somewhere teaching high-school students. I felt the urge to make an impact in another field. Hence, I hardly finished a year of teaching,” Tugee says.

“I, therefore, moved to Aviation, which never bothered me as I was interested in gaining experience. I spent about seven years in the industry. And later did different things with life, from marketing to other training.”

And it’s here that he discovered himself.

“When I interacted with sales business, which is interaction and networking, that’s when I knew where I wanted to be. In sales, I discovered my passion for growing,” Tugee says.